The Coalition for Reform in Political Advertising was set up by Alex Tait and Benedict Pringle as a not for profit organisation advocating change in the rules around political advertising. This article was first published on refrompoliticaladvertising.org in June 2018.

We believe that the Vote Leave ads released yesterday by Facebook validate a four-point plan we have been advocating since we launched it in May. The plan proposes reforming political advertising in the following ways:

Yesterday Facebook released 1,433 of Vote Leave’s targeted Brexit ads to a committee of MPs investigating fake news. No matter what your political persuasion, it must seem incredible that many of these ads were used in any form of voting campaign given that many contained clear untruths.

They were also implemented as ‘dark advertising’, meaning that they were visible only to the advertisement’s publisher and the intended target group.

In support of the reforms we’re recommending, we invite you to consider some examples from the ads released yesterday against our points.

Many of the ads would have fallen foul of current consumer advertising legislation policed by the Advertising Standards Authority, but political advertising is not regulated in the same way. As we’ve regularly pointed out, few members of the general public know that. We’ve previously explained our position on creating a body to regulate political advertising, as you can read here.

Obligatory watermarks to show the origin of online advertisements

It is not clear in many of the messages released by Facebook that they are in fact political ads. This example was targeted at animal lovers, and is one of many examples where no imprint or watermark was used. 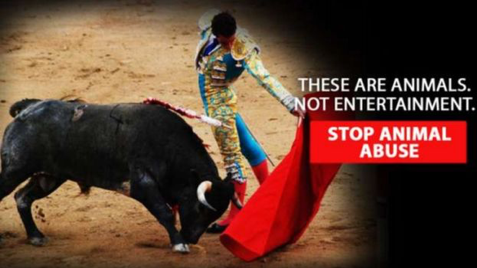 Here is another, targeted at older voters, reacting to Obama’s intervention in the referendum debate. As advertising practitioners, we think it is worth pointing out as an example and as reported by the BBC the targeting wasn’t inconsequential: it had a reach of up to 25% among women aged over 65, and a different version targeted 23% of men in the same age group. 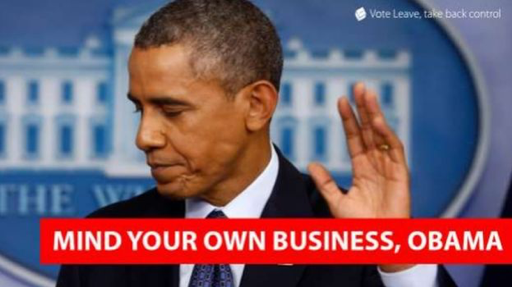 Virtually none of these ads were available for scrutiny by citizens and journalists until Facebook were forced to submit them to the committee.

We need legislation to ensure consistent transparency, and we welcome and support implementation of one of the recommendations made a few weeks ago by the Independent Commission on Referendums. That recommendation mirrored our own position since launch that we need industry-wide standards to ensure transparency, rather than trying to rely on platform-specific solutions.

A key recommendation put forward was that ‘a searchable repository of online political advertising should be developed, including information on when each advertisement was posted, at whom it was targeted, and how much was spent on it.’

Requiring all factual claims in political adverts to be pre-cleared

One argument put forward against the signing off of assertions of fact is that in an election process their numbers are insignificant. Another [also put forward by the Independent Commission on Referendums, incidentally] is that it is impossible to make definitive judgements on the objective truth of political claims and statements. The corpus of ads clearly shows a significant number of assertions of fact in the referendum, including those below. These ads demonstrate that it is perfectly possible to make an objective judgement on assertions of fact and ‘substantiation’ provided by a political advertiser.

We’ve shown in the past that misleading claims were also made by the Remain camp in the referendum, such as this one (to which we’ve attached an assessment by independent fact checkers).

To summarise, we are passionate about responsible advertising. Our campaign has been set up by practitioners in the UK marketing industry and we now have a groundswell of support for what we are advocating from many individuals, companies and trade organisations working in the UK advertising industry. This includes a supportive statement from the UK ad trade body ISBA and such other high profile organisations that have joined our Coalition as eConsultancy and the online retail trade body IMRG.

Join us in demanding change. We need to seize the opportunity presented by the current heightened interest and awareness of these issues to ensure we modernise the way political advertising is regulated in a digital world. Read more about our Coalition and sign up to support us here https://reformpoliticaladvertising.org.

The BBC has written a brief summary of the ads released yesterday which you can read here You can also view more of the ads here.

We are keen to emphasise at the outset that the Coalition for Reform in Political Advertising is a cross-party initiative advocating change in the way political ads are regulated. We would therefore welcome the same transparency from Facebook on the messaging used in the Remain campaign’s Facebook ads in the EU referendum as they have provided on the Leave campaign.

Free Webinar: Select The Right Ecommerce Platform For Your Business

We’ll send you the latest digital commerce related brainfood. We’ll also let you know about anything interesting we are up to.